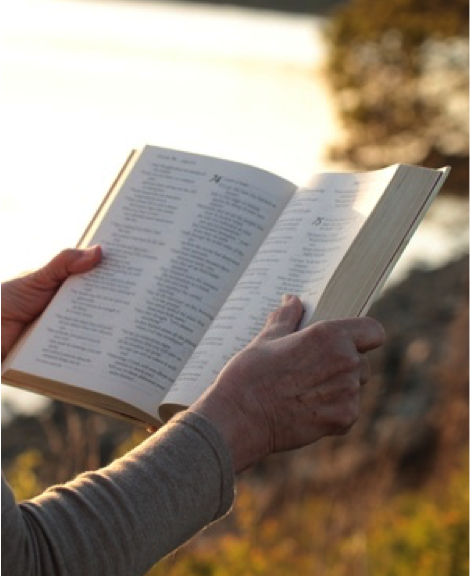 For many people today, the Bible is a nice book to have on the shelf with many great sayings and suggestions for life, but it is not relevant for the culture today. Progressives today say the constitution is living if it evolves with the changing culture, but the Bible as the Word of God claims to be the inspired word of God that, â€œis living and active and sharper than any two-edged sword, and piercing as far as the division of soul and spirit, of both joints and marrow, and able to judge the thoughts and intentions of the heartâ€ (Hebrews 4:12). So, on the one hand the progressives â€˜livingâ€™ is changing standards to accommodate the culture or oneâ€™s personal ideology where Godâ€™s definition of â€˜livingâ€™ is that He gave us faith in scripture that was, â€œonce for all delivered to the saints.â€ (Jude 3d)

Godâ€™s â€˜livingâ€™ deals with the heart and soul of His creation. He knows how we are wired and about the human condition. He loves His creation and has given us Jesus and the scriptures which lead us to true inward joy and happiness on this earth and salvation eternally. By contrast, cultures change to accommodate fads, and humans search for identity and power to manipulate their environment.

The word saints stands for all those who have put their faith in Christ as Lord and Savior, and thus, they are called CHRISTians. According to recent Barna surveys there are around 72% of those in the USA that identify with Christianity.Â Â  That survey, as reported in â€œCasual Christians and the Future of Americaâ€ (May 22, 2009), stated that 82% of the adult population identified with Christianity. Of those 82%, Barna listed that 66% were labeled Casual Christians and only 16% were Captive Christians. He goes on to define Casual Christians as â€œfaith in moderation. It allows them to feel religious without having to prioritize their faithâ€. He then says that, â€œCasual Christians are driven by a desire for a pleasant existence. Captive Christians are focused on upholding the absolute moral and spiritual truths they glean from the Bibleâ€.

As I read this article by Barna, I couldnâ€™t help but think of this illustration. I attended and coached at the University of Michigan. At Michigan, football is king. Hundreds of thousands of alumni and fans identify with Michigan football and pledge undying loyalty to Michigan athletics. On game day, they wear Michigan jerseys, hats, tee shirts, sweatshirts, jackets, and other paraphernalia and â€˜live and dieâ€™ with the maize and blue. The truth is that only the 100 or so athletes and 10 or so coaches are actually on the team. The coaches build the rules and the playbook, and that playbook is expected to be memorized by all the players and coaches on the team. They then spend countless hours practicing the execution of the playbook until it is second nature to them. Every player has faith the playbook is true, and they learn, practice and execute their responsibility as part of the team to best represent Michigan football. There is no moderation. That playbook is their priority as a member of the team. All the other hundreds of thousands of people that identify with Michigan are just fans. They donâ€™t practice, analyze game film, or spend countless hours in the weight room. They take Michigan football in moderation and while they can jump up and down and scream with each touchdown and victory, they donâ€™t get the prize.Â Â  It is only the team that gets the championship rings.

The good news is that God calls everyone to believe in Him, to be on His team so to speak.Â Â  He has given mankind His playbook, the Bible. Here is just a small snippet of what the Bible tells us:

Joshua 1: 7-8, â€œOnly be strong and very courageous; be careful to do according to all the law which Moses My servant commanded you; do not turn from it to the right or to the left, so that you may have success wherever you go. This book of the law shall not depart from your mouth, but you shall meditate on it day and night, so that you may be careful to do according to all that is written in it; for then you will make your way prosperous, and then you will have success.â€

2 Timothy 3:15-17, â€œand that from childhood you have known the sacred writings which are able to give you the wisdom that leads to salvation through faith which is in Christ Jesus. All Scripture is inspired by God and profitable for teaching, for reproof, for correction, for training in righteousness; that the man of God may be adequate, equipped for every good work.â€

Not only did God give us His living written Word but He gave us His living Word incarnate: Jesus Christ. Â John 1:14, â€œAnd the Word became flesh, and dwelt among us and we beheld His glory, glory as of the only begotten from the Father, full of grace and truth.â€ And in Hebrews 12:1-2 to, â€œlay aside every encumbrance and the sin which so easily entangles us and let us run with endurance the race that is set before us, fixing our eyes on Jesus, the author and perfecter of faith, who for the joy set before Him endured the cross, despising the shame, and has sat down at the right hand of the throne of God.â€

So, where are you? Do you claim to be a Christian but in reality you are a fan of Christianity in the stands and not at practice every day or on the field.

James 1:22, 26-27 says, â€œBut be doers of the word, and not hearers only, deceiving yourselves. If anyone among you thinks he is religious, and does not bridle his tongue but deceives his own heart, this oneâ€™s religion is useless. Pure and undefiled religion before God and the Father is this: to visit orphans and widows in their trouble, and to keep oneself unspotted from the world.â€ James is saying that true faith and belief in Christ results in works that honor God and not yourself. If you are quick to shoot your mouth off it is usually to make yourself look good and you are deceiving your own heart. Pure religion is when you show true sacrificial love by doing things for people who have no means to pay you back. In addition you saturate your heart with Godâ€™s word so that the culture and the things of the world which are the lust of the flesh, the lust of the eyes, and the pride of life do not affect your walk with God.

A believer, by faith, says the Bible is the Word of God, therefore it is true. A fan of Christianity, casual Christian, or a sceptic says â€œif I can prove it is true, or if it is true for me, then it is the word of Godâ€. No, the Bible is the Word of God leading you to Jesus. He wants you to treat it as such by believing, following and keeping Jesusâ€™ commandments. It is your ultimate living playbook for life here on earth and eternal life to come.