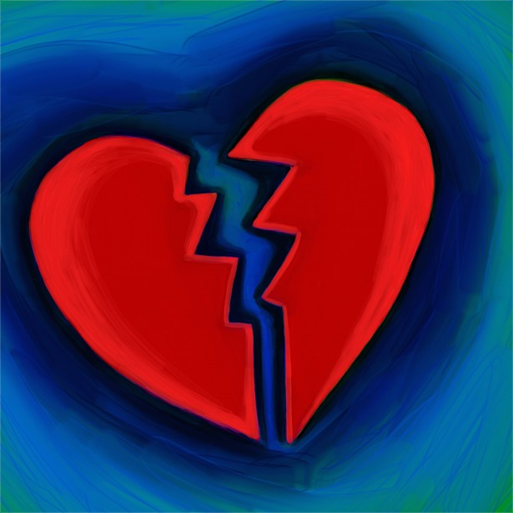 The events of Ferguson, Missouri and more recently, Baltimore, Maryland, have highlighted a range of emotions going on in America. I am struck by the anger and bitterness of the demonstrators which led to full scale looting and lawlessness. Some said it was because of the uncertainty of how Freddie Gray died while in the custody of the police where others said it was the boiling over of decades of disrespect by the police. I have to remind myself that the looters and demonstrators were mostly youths 13 to 16 years old. So I ask how do these youths carry on a torch of hatred that is decades old? Who incited these youths to â€œpurgeâ€ the city by posts on the internet or facebook? Who organized these youths to attack the police with concrete weapons and bottles? How do these youths hate so much that they are willing to loot and set fire to their own neighborhoodsâ€™ residences and places of business? That kind of hatred has to be taught from hearts that have gone dangerously out of control. The Bible in Jeremiah 17:9 says, â€œThe heart is deceitful above all things, and desperatsely wicked; Who can know it?â€ Itâ€™s time for a heart transplant not only in our youth but all across the United States.A demonstrator in Philadelphia was interviewed expressing her reason for demonstrating was to bring to the front the fight against the oppression of blacks that has been going on since they were freed. My understanding of America is that it is one of the only societies where a person can move from one class to another either up or down. However many the opportunities in a society, if you believe you are oppressed then you become a victim of that oppression which leads to anger, bitterness, unforgiveness, and hopelessness. It has been my experience in life that when I harbor bitterness and unforgiveness toward others it hurts me much more than the person I believe hurt me or oppressed me. I become the one handcuffed by my own attitude.

New Orleans Saints tight end Benjamin Watsonâ€™s thoughts on Ferguson and Baltimore have gone viral. He believes there will be more riots like those in Baltimore if we donâ€™t address â€œthe problems facing the nationâ€. He believes the problem facing our nation is our sin that must be dealt with. I agree whole â€˜heartâ€™edly. The only person who has already dealt with our sin nature is Jesus Christ, and we need to turn away from our sin and to Him. The facts are that Jesus was a Jew whose people were looking for a powerful savior who would lead them out from under the oppression of the Romans. Throughout history Jews and Israel have been persecuted and oppressed more than any other people. Even this hour in history our nation is trying to strike a nuclear deal with Iran, a nation preaching the annihilation of Israel and all Jews. Jesus came fulfilling the prophesies of the Messiah but he came preaching forgiveness and love and took the sins of the world to the cross offering forgiveness and a new life in Him for eternity. God proved He was satisfied with Jesusâ€™ sacrifice by raising Him from the dead. By believing that Jesus is both your Lord and Savior you are saved into His family forever and freed from the bondage of sin on this earth.Jesus said in John 8:31-32, to all who believed in Him, â€œIf you abide in My word, then you are truly disciples of mine; and you shall know the truth, and the truth shall make you free.â€From what are you free? You are free from the power of sin that causes bitterness, and hate, and unforgiveness. This freedom in Him fills you with a peace that allows you to forgive and to be content in all circumstances. No politician can give you that and no government can give you that. I donâ€™t care what your color is or how much money you make or how much stuff you have. Only Jesus can set you free.According to a Barna survey in 2009, over 80% of the adult population in the U.S. identifies itself as Christian. So where is the Christian influence in America? Christians have stood by while the Government and secular progressives, under the guise of separation of church and state, have removed the Bible or any reference to the Bible from the schools or school functions. We are supposed to be a country that has freedom of religion, not freedom from religion. The First Amendment says that,â€Congress shall make no law respecting an establishment of religion, or prohibiting the free exercise thereof.â€ The phrase,â€œwall of separation between church and stateâ€, does not appear in the Constitution. Our country was built on Judeo/Christion morals and ethics and it prospered. Now those same morals and ethics are being challenged daily by Hollywood, the press, the music industry, minority groups and our government and, for the most part, Christians have remained silent.

I was heartened by the coverage of Toya Graham as she loved her son enough to go after him and prevent him from becoming one of the rioters and lawbreakers. To an extent she is a hero. At the same time I was asking, â€œWhere are the Dads?â€Â Â  Over twenty five years ago as I was listening to a sermon, the pastor reported that Hollywood, through situation comedy, was going to diminish the role of the father as head of the household. Can you name one show today that depicts a father as a strong leader in his home? No, today men are regularly portrayed as bumbling idiots for all to laugh at with no sense of leadership, and men have been all too content to fall into that role. Proverbs 22:6 says, â€œTrain up a childin the way he should go, even when he is old he will not depart from it.â€ Hebrews 12:11 says, â€œAll discipline for the moment seems not to be joyful, but sorrowful; yet to those who been trained by it, afterwards it yields the peaceful fruit of righteousness.â€ And Ephesians 6:4 instructs fathers, â€œFathers, do not provoke your children to anger; but bring them up in the discipline and instruction of the Lord.â€ Itâ€™s been said that the police were told to stand down in the beginning of the Baltimore demonstrations because the demonstrators needed space to do their thing. As the demonstrations turned to assault and rioting the youths were labeled thugs but that accurate description was quickly walked back to â€œpoor misguided youthsâ€. If you go along with that line of reasoning then you must ask how they became misguided. The void left by God fearing fathers is being filled by music, anarchists and terror radicals on the internet, and pastors who preach a message of oppression and victimization. Whoâ€™s teaching them the message that seems to get through to those who are still trying to get into this country, that the United States still offers opportunities?Black role models should be people like Clarence Thomas, Thomas Sowell, Ben Carson, Condoleezza Rice, and Martin Luther King; and most importantly, the Bible tells us to, â€œfix our eyes upon Jesus the author and perfecter of our faith.â€ (Hebrews 12:2) Whoâ€™s teaching our kids to respect authority? The Bible declares in Romans 13:3-4, â€œFor rulers are not a cause of fear for good behavior, but for evil. Do you want to have no fear of authority? Do what is good, and you will have praise from the same; for it is a minister of God to you for good. But if you do what is evil, be afraid; for it does not bear the sword for nothing; for it is a minister of God, an avenger who brings wrath upon the one who practices evil.â€ Police brutality should not be condoned but who is teaching that police are oppressors when these same police are the ones who daily risk their lives to keep our neighborhoods and cities safe?.

Today the sad joke around women is that men find it so difficult to commit to a relationship and take responsibility for a wife or child. Much has been made of the disintegration of the family as a cause of the problems in neighborhoods such as the South Side Chicago and in Baltimore. I say it is also the lack of menâ€™s commitment to the principles of the Word of God and especially the lack of Biblical teaching from the pulpit. One pastor calls what is going on in all of America as sermonettes for christianetts. Many church services today are full of entertainment and drama and stories that support a social gospel but not the hard truth of Scripture. That truth states that if you believe that Christ died to pay the penalty for your sins then EVERYTHING changes, â€˜heart surgeryâ€™ if you will. Galations 2:20 proclaims, â€œI have been crucified with Christ; and it is no longer I who live, but Christ lives in me; and the life which I now live in the flesh I live by faith in the son of God, who loved me and delivered Himself up for me.â€ How does that play out? Philippians 2:3-4 tells us, â€œDo nothing from selfishness or empty conceit, but with humility of mind let each of you regard one another as more important than himself; do not merely look out for your own personal interests, but also for the interests of others.â€ It takes a new heart to live this way because it is not natural. Itâ€™s far easier to take judgment into your own hands. But can you trust a sovereign God who Proverbs 21:1-2 says, â€œThe kingâ€™s heart is like channels of water in the hand of the Lord; He turns it wherever He wishes. Every manâ€™s way is right in his own eyes, but the Lord weighs the hearts.â€

The truth is that although most in this country know God, we have stopped honoring Him as the sovereign God of the universe and we take His blessings for granted. Our heart has become dark. This has happened in our government, our schools, some of our churches, and in our personal lives. God still wants our faith to be in Him who loves all of us; black, white, brown, red or yellow.The result is, we are a new creation ready to love one another with a â€˜new heartâ€™ full of thankfulness, forgiveness, and love in obedience to our heavenly Father. God says that will bring about peace in your own life and in your community. Thatâ€™s good enough for me.